Clean Slate is the first release from Addremove on Swiss label Thrènes. There isn’t a lot to say about Addremove himself or herself as he/she prefers to keep their identity unrevealed, at least for the moment, so lets concentrate on the music. Clean Slate consists of 5 original tracks and a remix from JK Flesh (project/alias of Justin Broadrick of Godflesh, Final and Jesu). Addremove is an electronic music project with a unique approach. The first EP is titled “Clean Slate”, and it is the second release on the outfit’s own label, “Thrènes”. The sound of this production is lush, minimal, and dark, echoing influences as diverse as ambient music, experimental electronica, and darkwave. The EP features 6 tracks with eerie and industrial overtones, including opening number “Letter From Police”, which sets the mood with some pounding percussive samples and fuzzy synth lines. “Lurk” is certainly one of the most striking tracks on this release – The melodic drones and bass synth lines create an all-embracing sonic landscape, while a sudden burst of glitchy beats breaks the pattern unexpectedly. This track almost make you feel like being on a spaceship, trying to escape a huge Mothership blasting out their most massive firepower on a chase at the edge of the Galaxy. On tracks like “When They Fall From The Sky”, Addremove focuses on textures, slighting going for a more upbeat feel, while adding more sonic layers to the mix. The sound of this EP weaves in and out of dark minimalism, sonic drones and roomy percussion with a sparse, yet powerful feel.

Most notably, the release also features a really cool remix curated by JK Flesh, who took his own spin on the track “Crie”. This project is the moniker behind Justin Broadrick, known for his work with acts such as Godflesh, Final, and Jesu. On this remix, he set out to make a huge impact with his stylistic quirks and unique vision, igniting a whole new attitude to the track and recontextualizing its aesthetics. The remixed version remains dark and fuzzy, but while the original mix is more textural and haunting, JK Flesh added a true industrial vibe to the song, going for a powerful and uncompromising tone. The drums its hard past the point of saturation, and the side-chain swells crash in like waves of sonic grit. This cleverly arranged remix really adds something unique to the table.

Set for release in both physical and digital formats on October 13th, Clean Slate EP marks Addremove’s first EP for Swiss-based record company Thrènes (which takes its name from the Greek word for funeral lament) and are a label dedicated to the release of tenebrous electronica and techno.

All tracks written and produced by Addremove 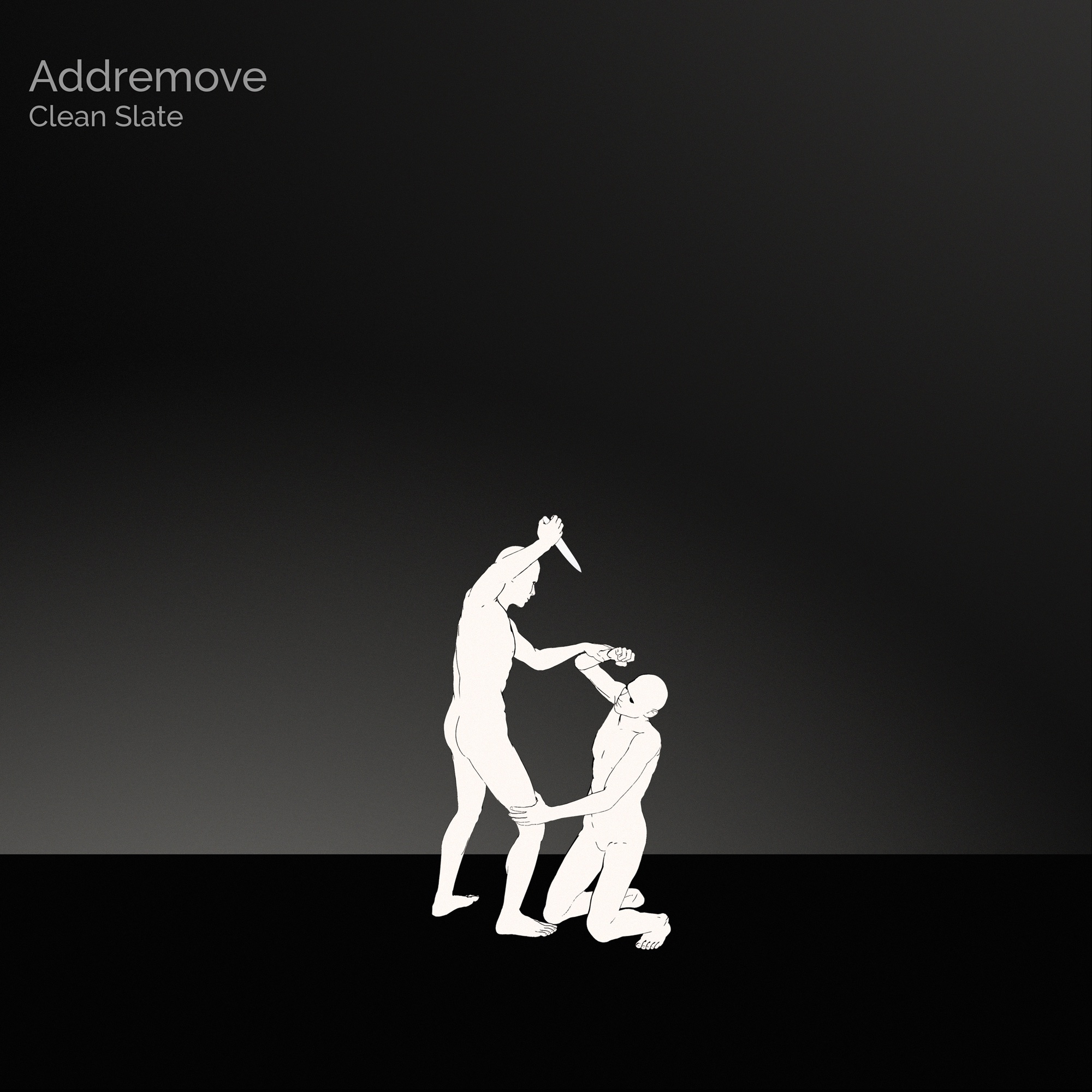