‘Verdigris’ the new EP from Japanese artist Atsushi Izumi, is a deep dive into the crevice of the mind. It is an exploration of where fearful emotions lie and confronting them. It is only through this conflict that light can shine through in the end.

The Osaka native has a background in music and sound design and as such found his sound going through a metamorphosis from Drum n Bass to a more experimental sound. His EP ‘Snow’ was released under the subtract imprint last year and saw the initial phase of this transformation. It was followed up by ‘Lansing / Mistrust’ via The Collection Artaud, which continued his growth of using slowed out heavy percussions surrounded by frantic synths and modulations.

Atsushi Izumi’s use of long drawn out hallow synths is like an ominous cemetery at night before these powerful percussions detonate in. He uses heavy spaced out bass drums, either as a single or double beat, which simmer as they echo and roll. They are surrounded by these chaotic, textured synths, which can sound like a cicada, hovering and distorted to give a mechanical effect. It feels like being thrown into the woods late at night, eerie yet calm in the beginning, before extreme panic sets in and you feel like you’re being chased.

Japan witnessed the end of the world up close and it is still reflected in their art and music: it delves into the sadistic and explores deep themes of melancholy and the apocalypse. This is juxtaposed against pure joy and serenity, showing that life is there to be enjoyed and struggles have an end, which is translated quite coherently to this piece.

As an extra bonus to all this, there is a scintillating remix from ANFS. The Greek adds a bit of pace to the track Zeit. He is an artist who enjoys frantic distorted techno and it shows in this cut. He takes the basic elements but whereas the original slowly introduces the percussions, ANFS bangs straight in. It’s structured yet frantic and a massive sound.

Set for release in both physical and digital formats on 17th May, Verdigris marks Atsushi Izumi’s first EP for Swiss-based record company Thrènes (which takes its name from the Greek word for funeral lament) and are a label dedicated to the release of tenebrous electronica and techno. 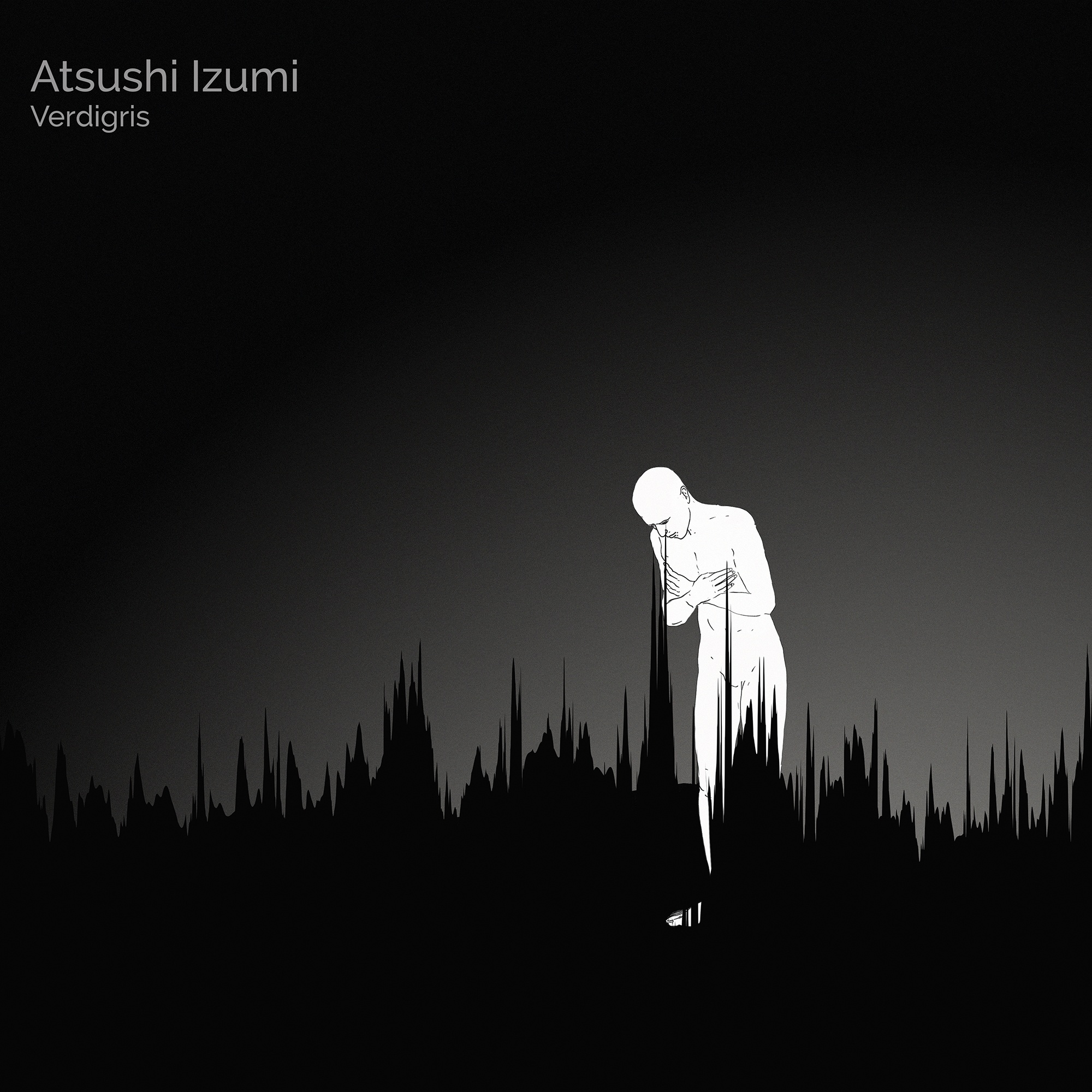