Restive Plaggona recently released a brand new studio effort - a full-length album featuring 10 original tracks and a remix from Ancestral Voices, with a dark and melancholic twist, as the title of the project might imply. Connected by a commonality of despair, nostalgia and desolation, Restive Plaggona elevated these elements into its maturity. At its core, each track has a soul-stirring significance, and is embalmed by titles that fringes on a political dimension. Opening number “Intimacy is Violence” does a remarkable job capturing the vibe of the album, serving as a great introduction. The track has a very industrial tone, with a strong cinematic feel to it. The following track, “Rote Zora,” follows suit with a more percussive and colorful arrangement, with a more substantial focus on rhythmic patterns. “Cut Off From Modern Society” its combination of dark atmospheres, lush melodies, and glitchy beats. “Sudden Burst of Safety” is another excellent track worth mentioning, due to its stadium-sized drums and saturated sounds, adding an aggressive feel to the music. All in all, the album is a real sonic journey, begging to be enjoyed from start to finish!

Set for release in both physical and digital formats on December 15th, Silently Hopelessly marks Restive Plaggona’s first LP for Swiss-based record company Thrènes (which takes its name from the Greek word for funeral lament) and are a label dedicated to the release of tenebrous electronica and techno. 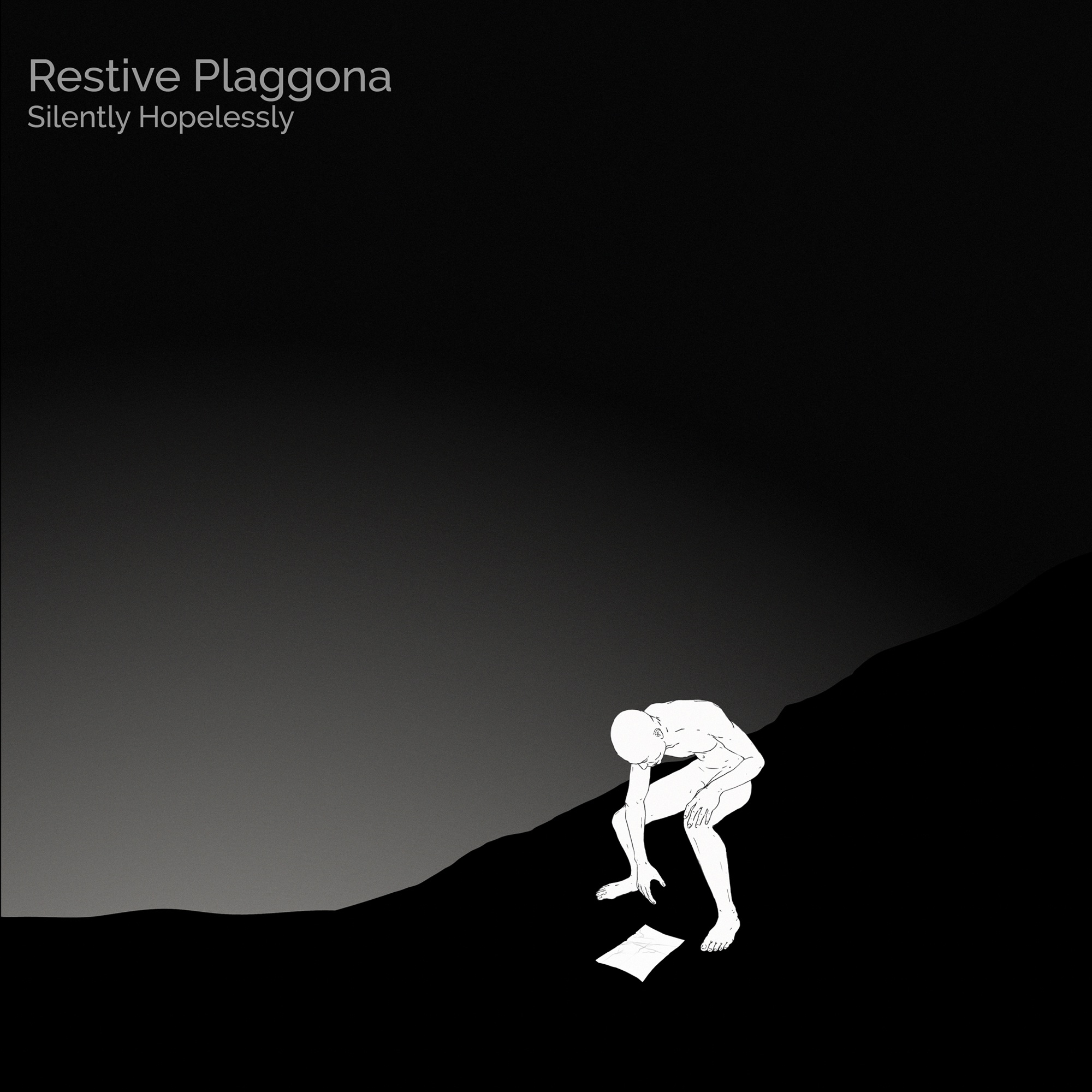